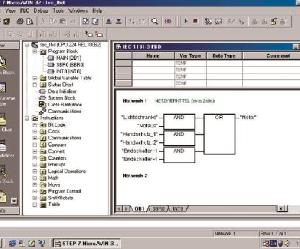 Siemens S7-200 Base Units – 3rd Generation
The S7 brings to the user a powerful solution to a host of control applications, which is easy to adapt and expand the system. The S7 is a family of PLCs which allows the user to tailor their selection of components which best suits their requirements, and is the long term successor to the highly successful S5 range. Whatever the S5 can do, the S7 can do more quickly and more easily. The 3rd generation of S7-200 now builds on the success of the original range and exploits new CPU’s in order to produce even faster and more powerful range of PLC’s. The range of CPU’s available has been increased with the introduction of the new 224XP, as has the range of digital, analogue and communications expansion modules. For the faster type of application real time control is easily achieved by use of the comprehensive range of built-in interrupts. Timed, Communication, High Speed Counter, High Speed Pulse Output, and hardware interrupts are all available, and the implementation of a priority table means that all the interrupts can work simultaneously. Communications with S7-200 is built in. Inter PLC communications is achieved using two wire network which can be up to 1200 meters and can have up to 126 nodes. In “Freeport” mode the PLC’s RS-485 port runs in free ASC11 mode making it possible to communicate with other devices. In line with Siemens objective to make the programming of S7-200 as user friendly as possible MicroWin programming software has been further improved. These improvements all help minimise program development time. This has been achieved by including more and improving existing “wizards”. These help program developers with the more routine/complex parts of their programs, e.g. TD200 configuration, PID loop configuration, High Speed Counter configuration, etc. Inclusion of context sensitive help also means that all the information required is at the users fingertips.
New CPU hardware support provides the option to turn off run mode edit to obtain more program memory
CPU 224XP supports onboard analogue I/O and two communication ports
CPU 226 includes additional input filters and pulse catch facility
0.22μs processing time per instruction
Modular Expansion up to 256 total I/O (except S7-221)
Powerful Instruction Set, and Real Time performance
Programming via RS-485 comms port